Is Galway the Warmest Spot in Ireland?

The ancient city proves easy to love and hard to leave

From the Wall Street Journal

AS WE PUSH our kayaks past reeds into Lough Corrib, on the fringes of Galway, the mist is lifting on Ireland’s largest lake. Ducks and swans are gliding sleepily along the waterway. I can see why Yeats called this city on Ireland’s west coast the “Venice of the West.”

“Galway was a small fishing village that grew up around the bay and coastal loughs and rivers,” my guide, Jim Morrisey, a local, tells me when we pause for a mug of hot blackcurrant cordial. Since 1845, it’s also been a university city, and as we paddle back into Galway along the River Corrib, some of its 17,000 students—out of a population of 75,000—are scurrying to lectures at the National University of Ireland, Galway. 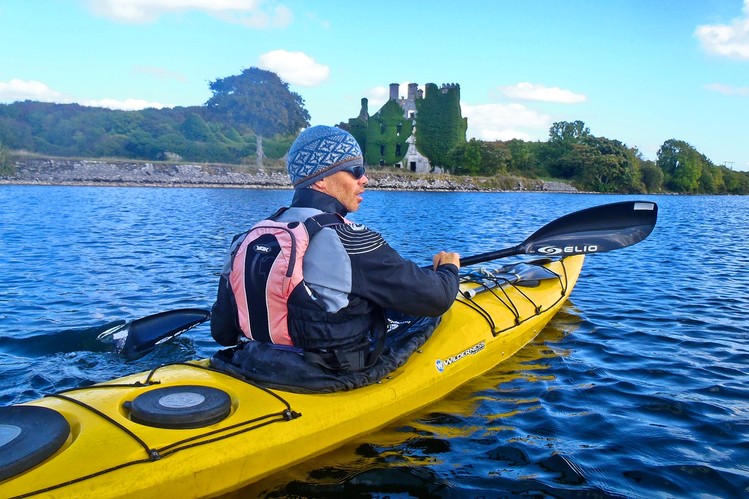 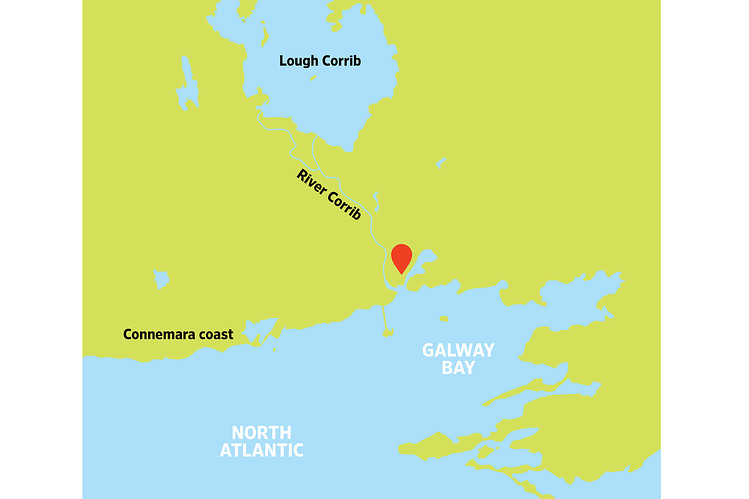 Perhaps it’s their youthful energy that lends this place the cool, vibrant pulse that seems to course through every shop, street and pub. But when I say cool, I don’t mean cold. If Galway is anything, it’s welcoming. During my two-day stay, I keep company with a historian, an oyster farmer, a world-class kayak racer, an archaeologist and a trawlerman-cum-poet—all with an uncommon passion for their city.

“The best compliment I can pay Galway is that if I didn’t live here already, I’d come here,” Henry Heggarty, a cabdriver, tells me over a pint of stout in the Tig Cóilí, a popular pub on Mainguard Street that’s currently packed with a throng of musicians and students. “The people are genuinely friendly,” he continues, but I struggle to hear him above a stirring rendition of Steve Earle ’s “Galway Girl,” which has everybody on their feet singing Ay-i-ay-i-ay.

Irish charm? Galway has it in buckets, from the music and “craic” of its pubs to the front-room feel of its eateries. This is a city that slowly reels you in. And, if I’m honest, I don’t put up much of a fight.

I take a morning jog along the seafront promenade, ogling the views out across the bay. I wander the city’s ancient streets on Conor Riordan ’s walking tour, soaking in remnants of Galway’s 891-year history: the medieval wall now incongruously encased within a shopping center, the 15th-century castle that now houses a bank, the Catholic cathedral, full of green Connemara marble and just 50 years old. 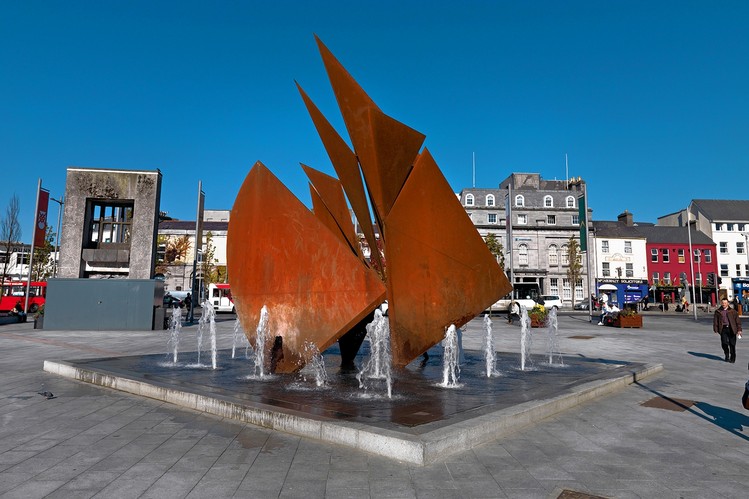 Some stories bring a chill that has nothing to do with the fall air. At Eyre Square, which served as a place for jousting tournaments and executions during medieval times, Mr. Riordan tells us how “during excavations, 35 headless skeletons were found underneath a bus stop.” But I keep my head about me and the next day make a trip to the nearby Connemara coast, weaving among craggy mountains, around loughs and through old seaside villages.

Throughout my stay, though, Galway keeps beckoning me inside. I find myself popping into pubs just for the people-watching. I lunch on warming clam chowder at the cozy Ard Bia near the harbor. I find alchemy at work in the menu at Aniar, the city’s only Michelin-starred restaurant, with seasonal local produce in dishes like duck hearts—a first for me—and pigeon with shaved beetroot and celeriac purée.

It’s typical of Galway that even my opulent abode, the G Hotel—a flamboyantly inventive confection designed by milliner Philip Treacy, who was born locally—is nothing if not welcoming. Indeed, I’d happily loll all day beside the fireplace, gazing across Lough Atalia at this most Irish of cities.

Like Steve Earle, it seems I’ve lost my heart to a Galway girl. 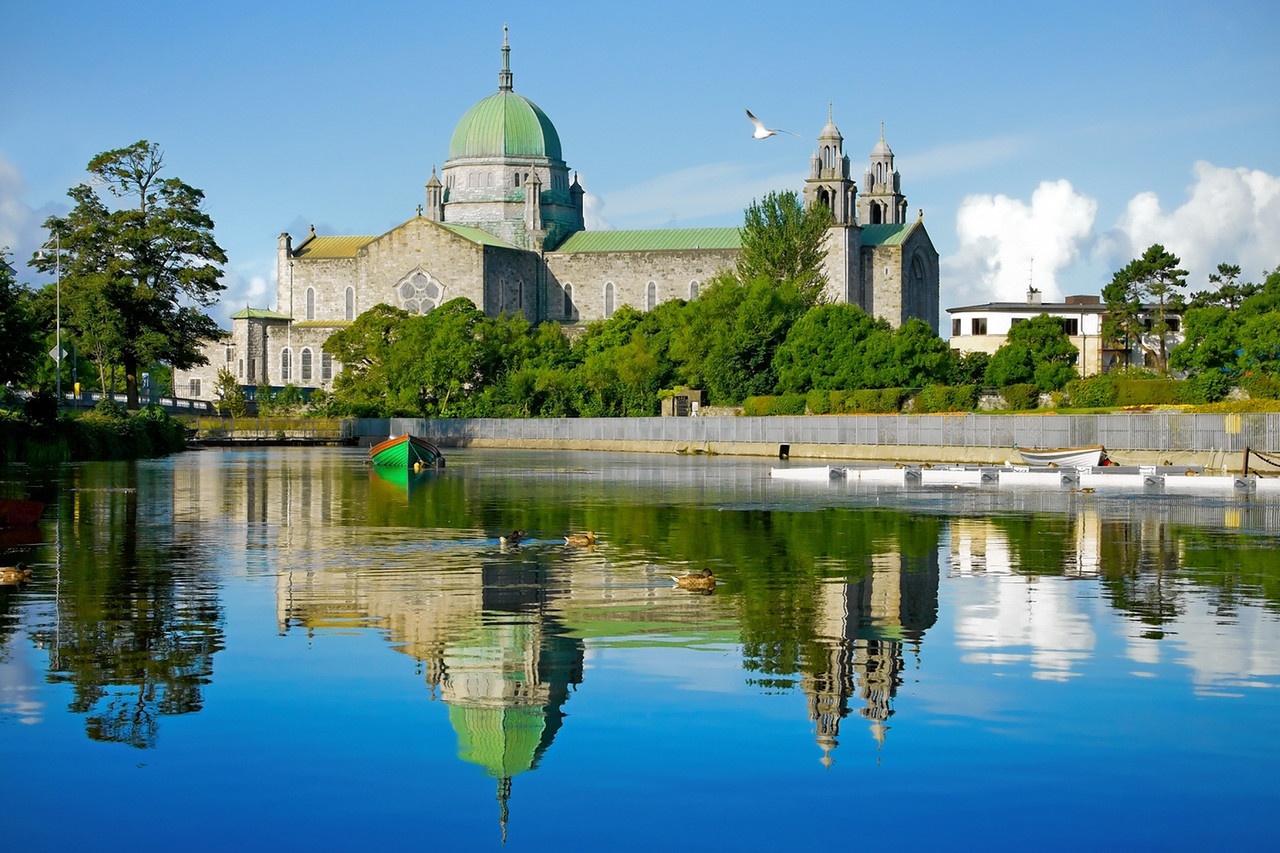 A view of Galway Cathedral from across the river Getty Images

Getting There: Shannon airport, 85 kilometers to the south, is the closest major airport. From there, it’s a two-hour bus ride. Dublin is three hours away by train.

Staying There: The five-star G Hotel, just outside town, is full of artful flourishes and swirls of color. From €135 a night, including breakfast; theghotel.ie The central four-star Hotel Meyrick has two-night Winter Wonder specials, including B&B, one dinner and spa credit, for €119 per person. hotelmeyrick.ie

Drinking There: Most Galway pubs are excellent, but Tig Cóilí (Mainguard Street; +35391561294) and Tigh Neachtain ( tighneachtain.com ) in the medieval center are particularly entertaining. Roísín Dubh ( roisindubh.net ) is the top live music venue.

Touring There: Conor Riordan’s walking tours are the perfect combination of facts and fun. €80 for 1-5 people; privatetours.ie Or see the sights from a different perspective with a kayak tour. €65 for a half day; kayakmor.ie