Running and Racing in the Rain at Run Galway Bay 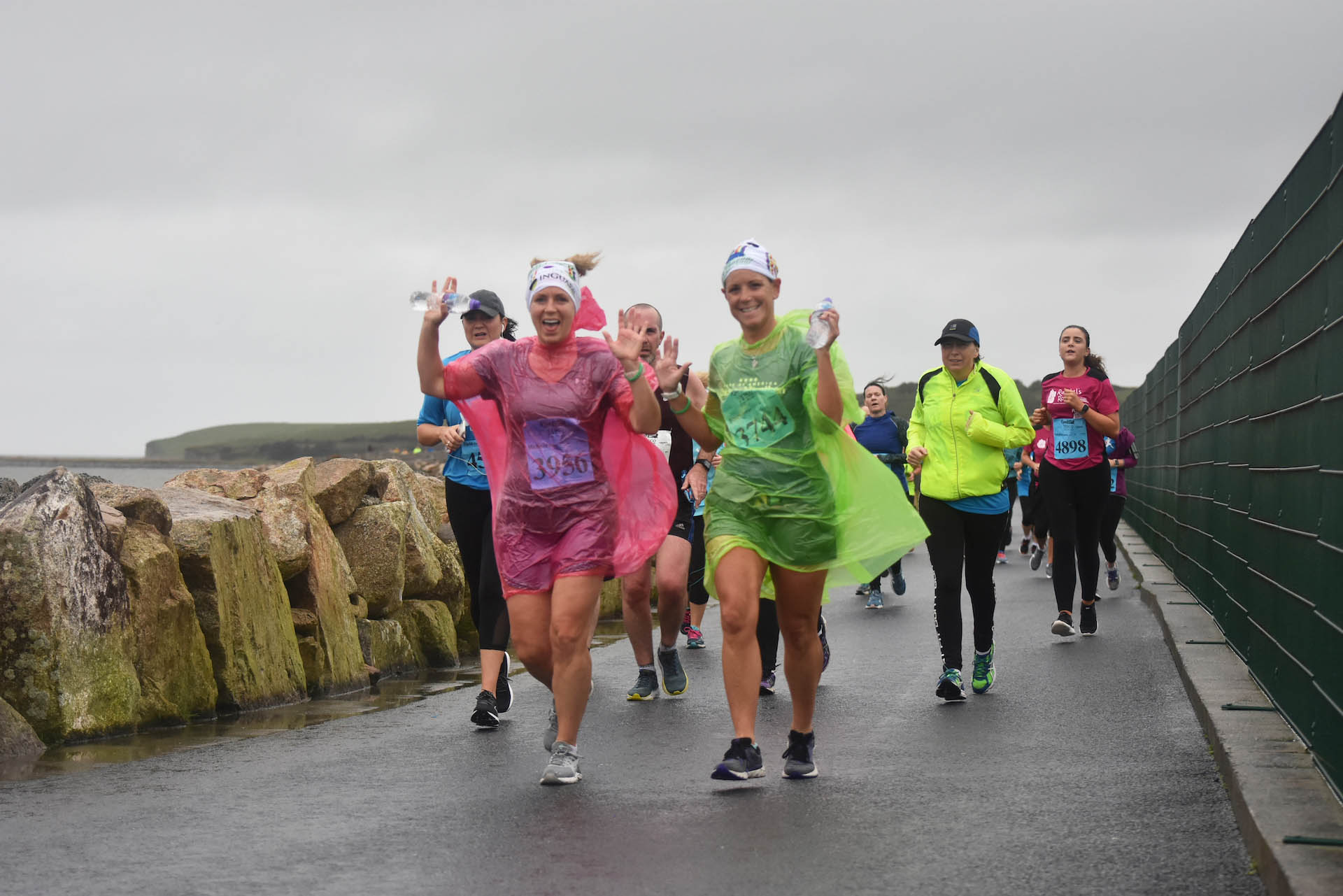 Last Saturday saw the 17th edition of Run Galway Bay, the largest multi-distance running event in Galway City with more than 4,000 participants undertaking a 10k, Half Marathon or Marathon along the shores of Galway Bay. As the morning sunshine peeped out from behind the clouds, nervous excitement began to build at Nimmo’s Pier for the runners, walkers and joggers taking on the fast, flat and friendly course.

Although the sunshine made a brief appearance in the morning and late afternoon, the rain came bucketing down for large portions of the day, coupled with some strong winds the conditions did not dampen the speed of the participants or the spirits of the spectators who lined the route from Nimmo’s Pier to Salthill and back. The Marquee at the Claddagh was a buzz of excitement from early morning to late afternoon with everyone enjoying the electric atmosphere of race day despite the weather conditions. 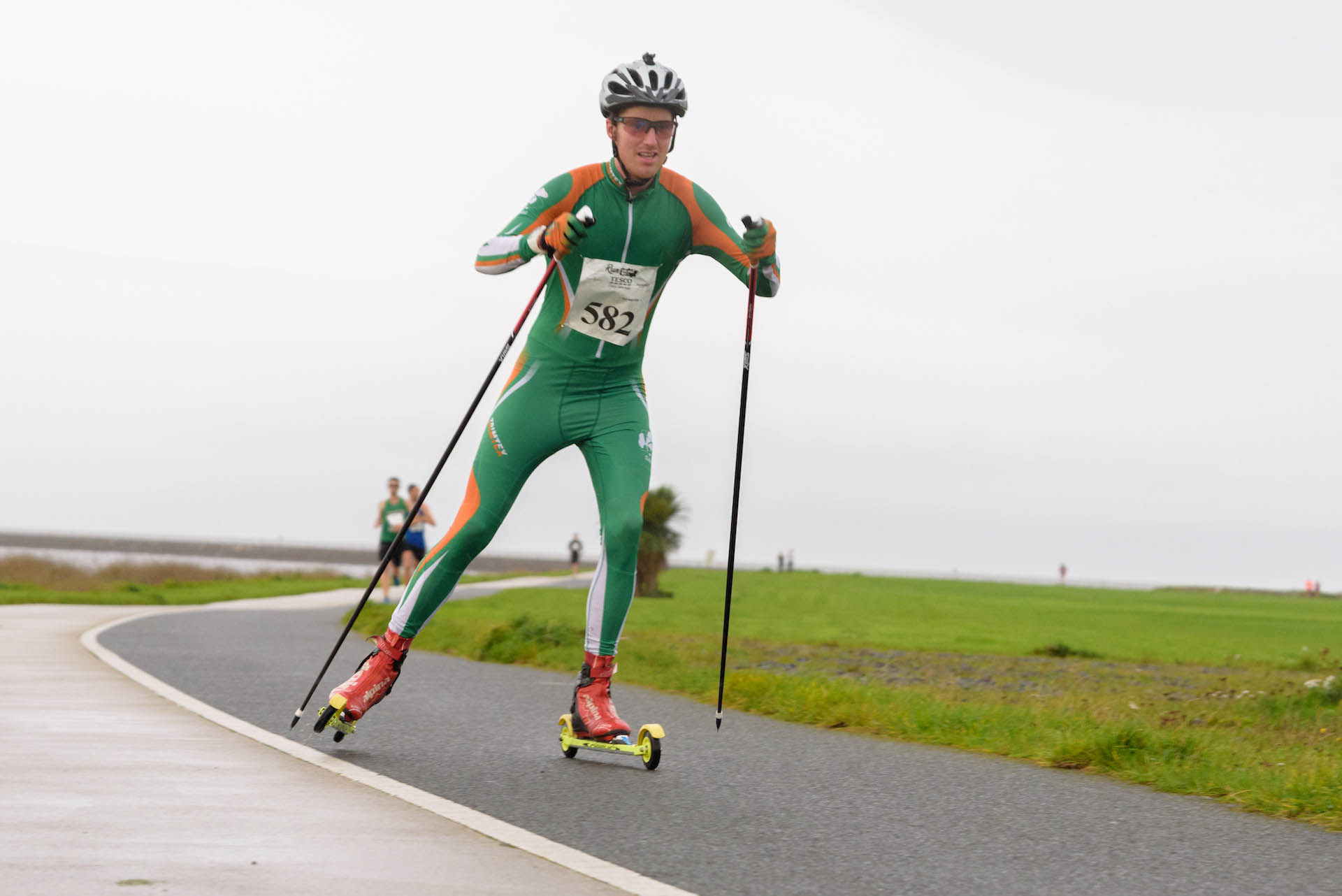 First off on Saturday morning were the marathon runners at 08:30 who were joined by members of the Irish Snow Skiing Team including Winter Olympian Thomas Maloney Westgaard who successfully defended his title in the roller ski marathon. The Marathon was officially started by Mayor of the City; Councillor Mike Cubbard. First to cross the line was Michael Canty (Moy Valley) who held a strong pace over the 26.2 miles to finish in 2:37:28 giving him a generous lead over Brian Leahy (Raheny Shamrocks) in 2:41:31 in second and Peter Burns coming in third in 2:43:07

In the women’s Marathon, it was Jenna Burton who ran to victory, in what was only her third marathon, finishing in 3:15:43, she was closely followed by Brittany Simone Spurrell in 3:17:05 who was completing her fourth marathon, Louise Jones from Belfast rounded out the women’s podium to take third in 3:23:17.

The 10k races were hotly contested with Eoin Everard and Grace Lynch the favourites going into the event. Taking the race title Eoin stormed to victory in 31:48, the Kilkenny man on top form in Galway winning with a significant lead over Kevin Glynn in 35:36 in second and Dave Keenan in 36:11 taking third place. Grace Lynch was third fastest runner overall on the day clocking 35:44 to win the women’s race. Sinead Whitelaw (Mullingar Harriers) finished in 38:49 in second place with Linda Grogan 39:43 in third.

In the Half Marathon all eyes were on Sergiu Ciobanu and Freddy Keron Stuk who battled it out on the ground over 13.1 miles, it was Sergiu who broke the tape on the day, the former champion in Galway making easy work of the distance in 1:06:29. The Clonliffe Harriers man held a significant lead over Raheny Shamrocks Freddy Keron Stuk who finished in second place in 1:11:11, third place went to Gary Higgins from Tri Lakes Tri Club in 1:11:14.

The closest finish of the day was in the women’s Half Marathon where Adrianna Mulligan and Heather Noone had a photo finish on the line with just a split second separating them. Running together for most of the race, it was Adrianna Mulligan who edged out Heather Noone to take the title on the line in 1:22:04. Galway City Harriers Grainne Ní Uallachain took third place in 1:24:46 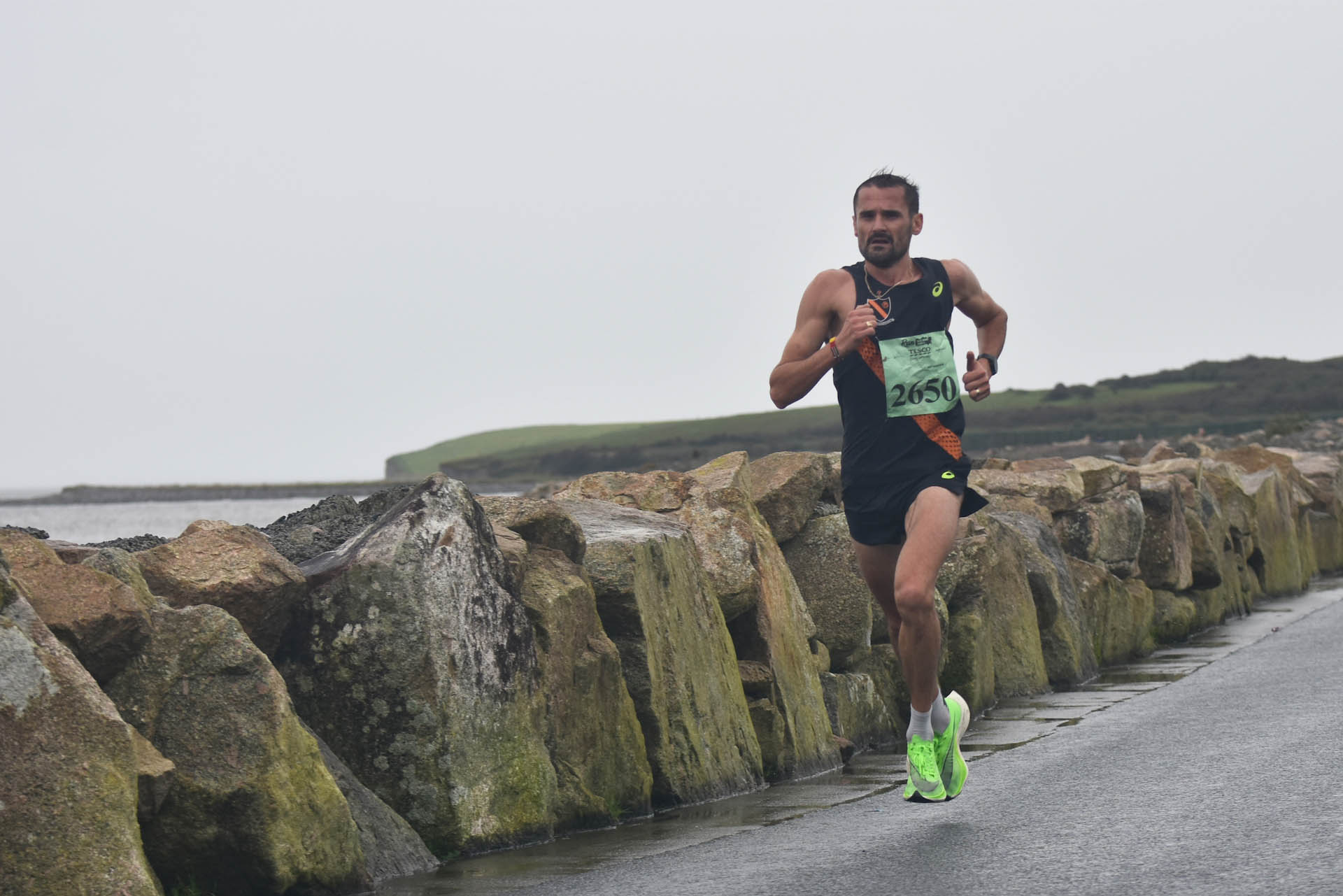 Run Galway Bay saw a spectacular perfomance in the half marathon by winner Sergiu Ciobanu who stormed to victory in wet and windy conditions in a time 1:06:29. Photo Credit Richard Peyton The Galway Cow

With over 4,000 participants across the events there was plenty of excitement and emotion on the finish line all day, many participants running not only for themselves but for others. Rosabel’s Rooms and Cancer Care West were widely supported this year as well as numerous other local and national charities.

The Festival atmosphere at Race HQ at The Claddagh was enjoyed by all with a warm up provided for the 10k & Half Marathon on the Windsor Galway Mazda stage by Galway City Chiropractic. Participants not only received a warm welcome at the finish they also received Tesco goodie bags packed with runners treats. Cully & Sully provided a widely enjoyed hot soup, accompanied by tasty bread rolls from Irish Pride. Lucozade, Highland Spring and Erdinger AlcoholFrei were on hand to quench the thirst of all participants as they enjoyed a post-race massage from Galway City Chiropractic.

Speaking about the success of the day Race Director Ray O’Connor said ‘We are delighted with how the event went, considering that this time last week all eyes were on the impending Storm Lorenzo we are delighted to have been in a position to deliver our biggest Run Galway Bay to date. We are grateful to all the participants who choose to race with us each year to take on their first ever event or chase a personal best on a chosen distance. We couldn’t organise this event without the support of the local community, Galway City Council, Failte Ireland, and many volunteers, stakeholders, suppliers and partners who help us to deliver this event each year. We are already planning for 2020 and look forward to welcoming visitors from all over the world to our wonderful city next year.’

For full results and information on the events go to www.rungalwaybay.com, it is expected that the 2020 edition of the race will sell out in record time, the date of next year’s event will be released later this week. 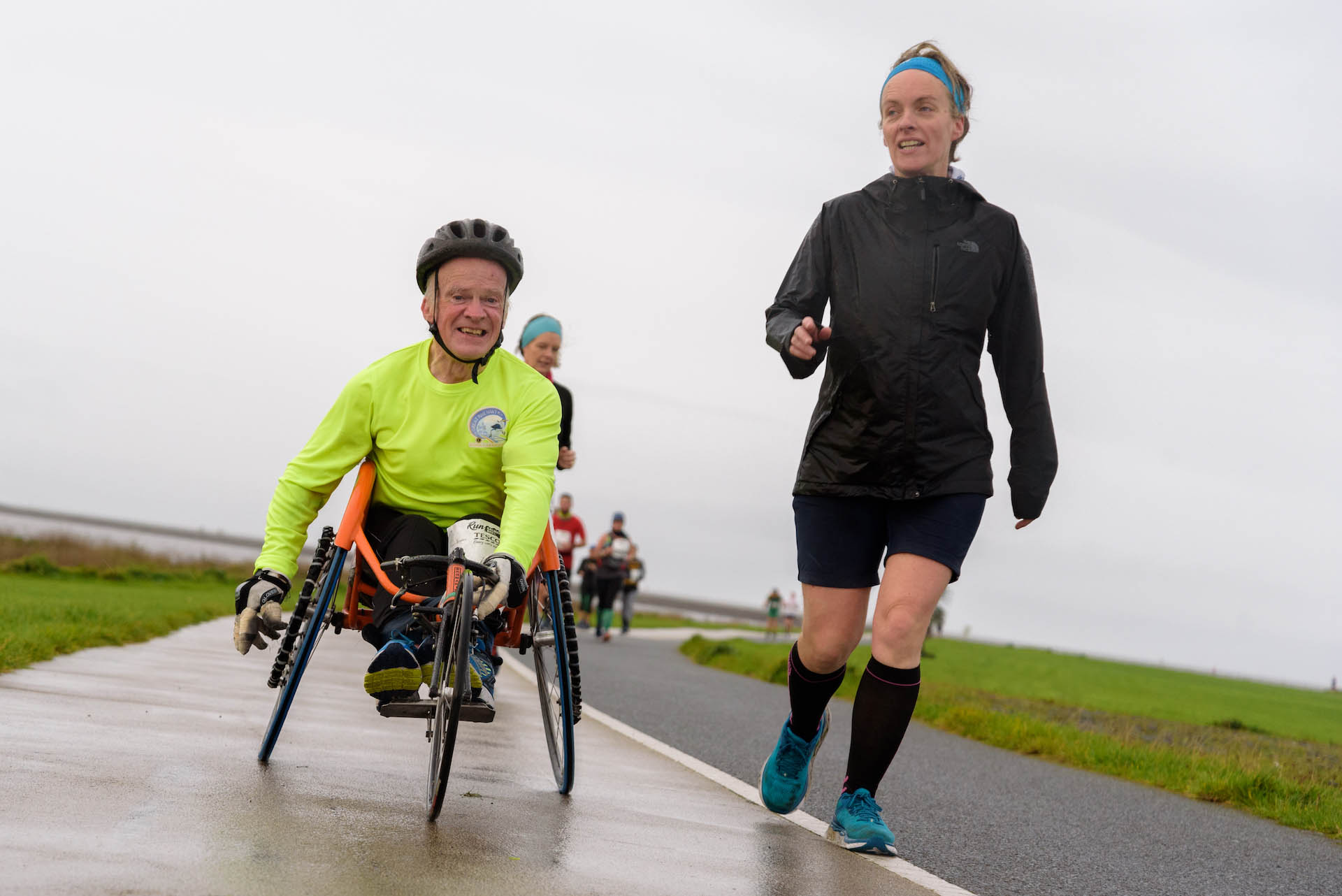